Here are some pieces of work that i’ve done at my school.

1  The rain on the tin roof was like kids banging on the door to get inside out of the thunder storm.

2.The car was speeding past like a bolt shot out of a gun.

3  The sunset was peaceful and beautiful like a full grown flower with the sun lighting up one side.

4.  The horse bolted out of the barn like a person swimming for its life to get away from a deadly shark.

5. The old wooden sailing ship creaked like the tip of a piece of chalk sliding down the chalk board.

6.  The cricket ball flew across the fence like a person on the outer space running out of deeply important breath.

7. Their faces were red and sweat was pouring like a bucket of boiling water had been poured down the slimy neck.

8. The chocolate melted in his mouth like hot chocolate slithering down his throat.

9.  The bomb exploded in an old mine like the world war 1 had woken from the dead.

10.  The bushfire roared through the forest like a girl screaming for her life.

11.Sitting in pa’s lap after the funeral was like the sadness out of the world had disappeared.

12.  The fire warmed us as outside the thunderstorm raged like god was angry at the world.

“Could you please turn down the music” I asked politely to Kate. Kate’s a P plate driver and she still drive only at 60KPH in a 100KPH area. She said her Dad will take her licence off her if she crashes the car. She’s already crashed it about, hmmmmnn, four billion times. Kate’s got a doctor’s appointment in an hour. We’re nearly in Melbourne. “Oh, no!” I heard Kate scream. “What?” I answered. “Look” she said. I looked to where the end of her finger was pointing at. Ahead, there were two cars piled on top of each other.  The car windows were smashed. There was glass scattered all over the road. We stopped the car and rang 000. They all said they were going to be a while so we went and tried to help the injured drivers. One driver had blood dripping down his face. I could see his bones. I throw the banana which was in my hand away with the reaction time of 0.01 secs. One of the drivers could barely talk but he slipped the words “My name is John” out his bleeding mouth. I could hear the sirens in the distance. The noise was coming over the hill. Eventually small dots appeared that were turning into a shape of a car coming over the hill. The sirens were getting louder and louder by the second. There were cars jammed all behind us. The police were here so we tried to leave. There was no way out. There was only a little gap between the road and the accident. It was like a microscopic hole. We slid the car through the hole. All we got was a couple of scratches, and the fright of our life. I turned and looked at my watch. “Golly Gosh!” We’re supposed to be at the doctors basically NOW!
After we escaped the traffic we sped like a Cheetah chasing its prey. We saw the doctor’s building and raced inside. The second we got in there we heard the doctor call “Kate”. 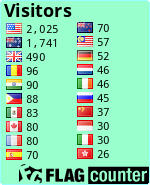